We are now almost two weeks into the New Year and as we look behind us much has been achieved in terms of people power, affecting the direction in the way that Local and Central Governments would like to take us. But let’s not be complacent; the institutions are still in place that are hell bent on the ruination of our countryside and communities. Our individual groups are stronger than ever, with a communication thread that can inform and mobilise in seconds.

So let us briefly take a look back at what people power has achieved along with a look into the future. 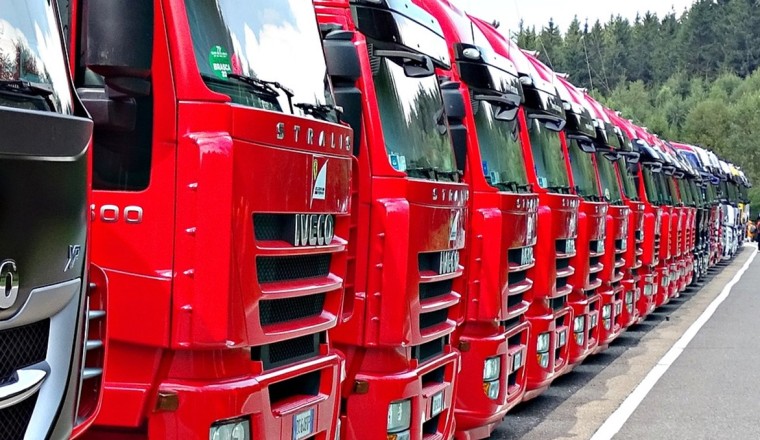 It was Damian Collins MP that lobbied Central Government in 2015 for funds to build a lorry park to counter operation stack. Bearing in mind that Mr. Collins has had no logistical highways training or any other civil engineering skill, he made a case to build a lorry park at Stanford West, even though previously he was an advocate of using the M26 as a solution to M20 congestion at a time of the Port and Tunnel being closed.

Moving on, we can distinctly remember the first Highways England (HE) consultation in Sellindge where our representatives, Cllr’s Carey and Hollingsbee told us all that it’s no good trying to oppose it because it’s of national importance, just like the channel tunnel. It was clear that both Councillor’s were in the same camp as Collins, towing the line: apparatchiks. Thinking outside of the political box was clearly not an option for all three, to the detriment of local residents.

Together with all of our group’s efforts, and that of, principally, Stanford Parish Council, SOS Kent and Westenhanger Castle and their legal team, a judicial review was launched which HE could never realistically defend due to their own ineptitude, leaving our so called representatives smarting from a people power hammering. The proposal for a lorry Park at Stanford West was abandoned on the 15th November, 2017.

And no, this isn’t a case of nimbyism. It’s a case of tackling a problem with foresight and skill, both in terms of practical and technological solutions. Something that ‘the powers that be’ clearly lack.

As for the future: Collins is still pushing to build a lorry park, even though Highways England has admitted that it will NOT solve operation stack.  We have also learned that Highways England will not be consulting on any form of Lorry Park until March 2019; so much for the espousing by Collins at building at pace to cope with Brexit and ridding East Kent of congestion. In the interim, HE has now decided to use the moveable barrier system should operation stack ever occur. To conclude, a quarter of a billion pounds is still in place with DfT to build a lorry park, irrespective of £15,000,000 already spent on Consultations and Balfour Beatty fees.

We should all be very proud of all our efforts by countering this ridiculous scheme with clear, concise, technical and legal expertise. 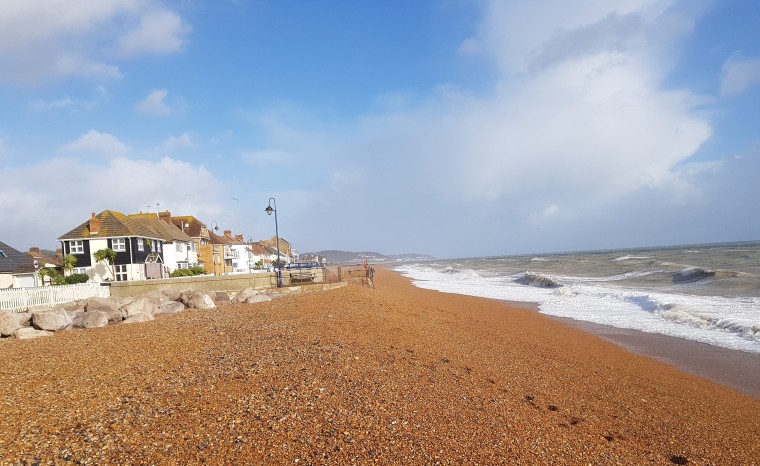 We should all be used to the shenanigans of Shepway District Council (SDC) by now but once again, we are angered by the cavalier attitude of Leader Monk and his band of followers in his cabinet, riding roughshod over the views of the majority of residents in Hythe and its environs. As with other unwanted proposals in the area, ‘Save Princes Parade’ (SPP) is being supported by other members of our alliance in opposing the exclusive development proposed for the Hythe seafront. This a beautiful area enjoyed by many, near and far, famed for its sense of open space, encouraging residents to walk the promenade, taking the sea air, individuals and families alike. This proposal has been in the offing for a decade at great cost to Council Tax payers, so by now should have been scrapped due to the overwhelming opposition.

Dressed up by the promise of a Leisure Centre on the seafront, the proposal is out of scale and out of touch with the wishes of the majority.  Moreover, a Leisure Centre had been allocated for the Martello Lakes development, supported by Sport England,  which would have better served the people of Hythe AND the Marsh areas.

The viability factor for the Princes Parade has never been considered, but are we surprised by that? We are talking about SDC here.

And what of the flood risk in the Princes Parade area. The Environment Agency has designated the area as flood risk level 3. The Martello Lakes area has the same designation, but the difference is, a flood risk defence is in place at Martello Lakes.

Despite protestations from local residents as well as the respected ‘Historic England’, SDC are pushing ahead, leaving SPP with no alternative than to have the application ‘called in’. 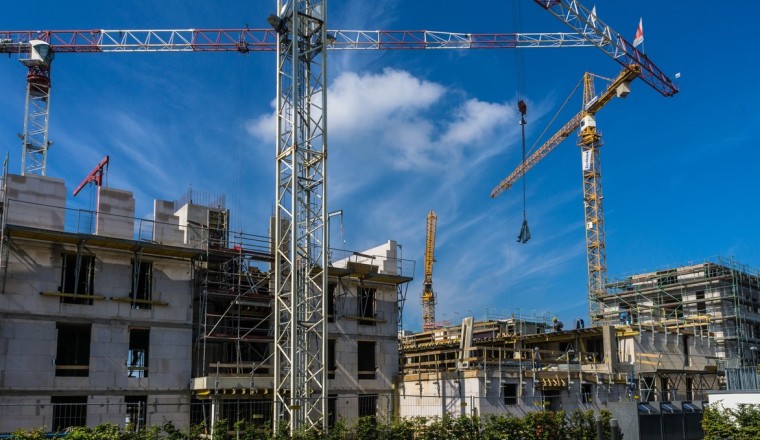 Where do we start with the 12,000 dwelling housing estate that SDC is foisting upon us. We will try and keep it succinct.

Despite Community Engagements, SDC has failed to convince Parishes and Residents that ‘Otterpool Park’ is a wonderful development for ALL. Strength of feeling and deep rancour is unwavering against this development that SDC, along with their offshore bedfellows, Reuben Brothers, are hell bent on dumping upon us.

Our demonstrations over the past year and continuing support has clearly shown that the anger directed towards Leader Monk and his Otterpool towing cabinet members is venomous. Our exit polls at the Community engagements has shown overwhelming support against the Otterpool Park development, leaving SDC in no doubt that their task in convincing a planning inspector that a Locally Led Garden settlement is a contradiction from the start. Have no doubt that SDC will try to convince us to support their plan of rural decimation, sticking to the premise that if a lie is told enough times, people will believe it.

Are we saying no development at all? Of course not. We have already stated, on this website, that organic growth and housing built at a human scale for local people is to be welcomed, without it, any community would simply cease to exist. Our position is clear: Local housing for local people at commensurate rates of rent or mortgage payments is the way forward. A dormitory town for City overspill, to the cost of our rural lifestyle, is NOT acceptable.

Looking forward, according to SDC, a planning application will be with us by March 2018, with the likelihood, after consultation, ending up with the Planning Inspector by early 2109.

There are many hurdles to jump way before this application is approved, if it ever is, in the way of infrastructure and resources. We will refrain from commenting further on the infrastructure subject to guard against our position going forward.

There can be no doubt that SDC has lost the plot when it comes to serving the people of Shepway: The young, middle aged, elderly, infirm, the vulnerable, whether ‘politically engaged’ or not.

For many Residents, it is now a ‘given’ that SDC Leader David Monk is a liar, but could he be described as corrupt? According to Merriam-Webster the definition of corrupt is “to change from good to bad in morals, manners or actions”. We’ll leave you all to decide if David Monk fits that description. Given Councillor Monks’ track record, we would suggest that he is not fit to hold public office.

His total disregard for the concerns of Shepway Residents is contemptible. His blinkered view of his utopian Otterpool dream is bordering on insanity when it comes to infrastructure and the well being of existing East Kent Residents.

As we all know, the NHS in this part of Kent is in meltdown. Patients stuck on trolleys in corridors and ambulance’s because all the wards are full. Take a look at what Canterbury MP Rosie Duffield said in the House of Commons. 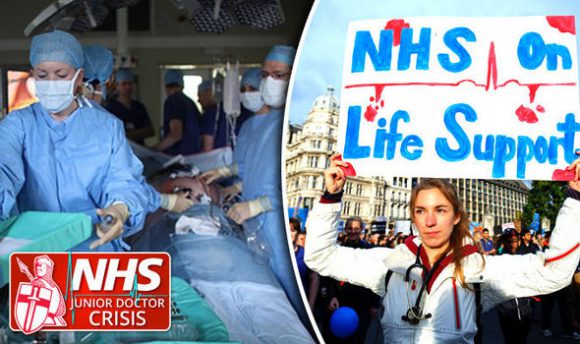 NHS Winter Crisis (10 Jan 2018)
Rosie Duffield: Does my hon. Friend agree that desperate patients should
never have to resort to smuggling out secretly filmed footage of
trolley-lined corridors with people sitting on the floors, such as the
footage I have received from my constituents visiting and working at
William Harvey Hospital in Ashford?

We know that the influenza epidemic is raging in East Kent but the William Harvey has been under the microscope in terms of bed and staff shortages for months. The rise in the Shepway population by some 50% alongside Ashfords’ ballooning population will undoubtedly see a third word scenario playing out if it’s not already.

The closure of GP Practices over our area is well documented, leaving Folkestone Residents without a local GP, leaving them to travel to Lyminge or other distanced Practices for treatment or consultation. The hardest hit is always the elderly, weak and vulnerable. With GP’s in short supply, due to the inequality of the Carr-Hill formula relating to funding, Shepway is in crisis. Where or when will it ever end?

Have our Councillors forgotten that they are our servants? Councillors Hollingsbee, Carey and Monk have already stated that they will not attend a public meeting to discuss Otterpool Park. Why? Cllr. and Deputy Leader Hollingsbee states that she is fearful of hostility.

Cllr Monk has described some 300 Hythe Residents that attended an open meeting in Hythe Primary school last year as ‘Rent-a–mob’. Have our Councillors completely lost the plot? We think they have.

2018 will be a testing time for us all in trying to preserve our way of life for all. Our young citizens are struggling to find an affordable home when all we hear is ‘were building homes for our children and grandchildren’ from Cllr’s Monk and Hollingsbee.

No doubt, an inheritance from either of these two would be gratefully received by their children and grandchildren, but not everyone is in their position, as private landlords, with 13 properties between them. The propaganda machine rolls on.

It just leaves us to thank all our Residents who have sent us messages of support over the Christmas period, thanking us for all we do. No doubt there will be further meetings and demonstrations in the offing to show our resistance against the crooked regime that exists within the Civic Centre, and who knows, come the 2019 District elections, a serious move may be made to change the landscape of political incumbents.