We are constantly asked ‘Why is central Government funding the SDC project called Otterpool Park, when our communities haven’t even been asked whether we want it or not’.

The answer, to all our Residents is simple. Shepway District Council have been economical with the truth when they expressed their interest in creating a Garden Town within our area. The criteria for securing funding and support from central Government is that it be ‘Community led’. Previous posts on this website have shown that less than 3% of Residents are in support of the scheme, with the latest vote taken at the Hythe Civic Society meeting just 4 weeks ago, being just 1%.

Commenting on the amount of £155,000 received, Council Leader David Monk said it was ‘wonderful news’. Hmmm. being over 85% short of the amount asked for, we at S&DRA hardly think that it’s wonderful news at all, but would we expect anything else from Leader Monk whose track record on being ‘up front’ and honest is less than solid.

So where will the funding come from if it doesn’t come from central Government? At a recent SDC cabinet meeting we heard how Councillor Mary Lawes (UKIP) expressed concern that funding would be cut from services in her Folkestone Ward to fund the Otterpool Town project, only to be met by a torrent of abuse from Councillor Susan Carey (Conservative) , supported by Councillor Stuart Peall (Conservative) saying that Councillor Lawes was speaking out the back of her head.

It just so happens that Leader Monk recently made the statement that services would be cut from other areas of Shepway to fund the Otterpool project if the right amount of funding wasn’t realised.

So how do the Reuben Brothers (Cozumel Estates) figure in all of this? Cozumel Estates, the bedfellows of SDC, owners of the defunct Folkestone racecourse,  is registered ‘offshore’ in the British Virgin Islands (BVI). 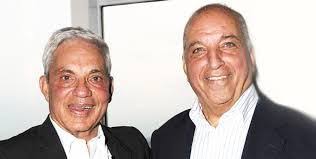 To our knowledge and our belief, Cozumel have contributed nothing to the consultant’s fees or anything else relating to the Otterpool project apart from the donations made to the Conservative party prior to the announcement of the proposed building of a garden town. So, lets get this straight: Cozumel own the race course and plan to benefit from Government grants in developing the area, which incidentally is our money, taxpayers money, then any profit made by them will be squirreled away to the BVI, thereby not paying tax on any profit at the UK rate. Is this a scandal? A Robin Hood tax in reverse: The morally compassed poor, subsidising the mega rich. Should we be forgiven if we express the opinion that both SDC and Cozumel fall short of being regarded as Patriots?

We’ll leave you to decide that.